At the outset, it is important to understand that if you have been found guilty, paid a fine, been on probation, participated in a first offender program, or received any other type of punishment in your criminal case, it cannot be expunged in Virginia.

Expungement is the name for the legal process of sealing police and court records relating to a criminal charge. If you have been charged with a crime but were not convicted you may want to consider expungement. An experienced Virginia expungement attorney can evaluate your case and tell you if you are likely to succeed in your motion to expunge a criminal charge.  Unlike some other states, Virginia has a relatively strict statutory scheme for when the record of a criminal charge can be expunged.

What is the Benefit of Expungement in Virginia? 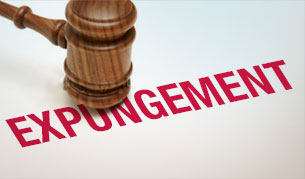 Many people are worried about applying for a job with a criminal charge on their record. If the case ended in a nolle prosequi, an acquittal, or another type of dismissal you may be able to have the charge removed from your record so that future employers will not see it.  This can be incredibly important when applying for a job or going through a security clearance investigation.  However, if you were convicted, the passage of time will not allow you to get the charge expunged even if it is a misdemeanor.  Some other states allow for an expungement based simply on the passage of a number of years, whereas in Virginia this is not the case.

What is the Expungement Process in Virginia?

Expungements in Virginia are governed by Virginia Code Section 19.2-392.2. The process for expungement requires several steps including fingerprinting by the state police and a hearing in the Circuit Court. An experienced criminal law attorney can walk you through the process.

The Virginia Code provides that some applicants are entitled to an expungement. If you have no prior criminal record and are seeking to expunge a misdemeanor for which you were found not guilty or the charge was dismissed, you are entitled to have the charge removed from your record. The Commonwealth can still present evidence to the court of good cause why the expungement should not be granted, however.

Felony charges can also be expunged in Virginia. To have a felony charge expunged the applicant must show that the information about the arrest and charge causes or may cause a manifest injustice. It is important to discuss felony expungement in Virginia with an experienced criminal attorney. Your attorney will put together evidence to present to the court to help satisfy the requirements of the law.

Expungement of Original Charges After a Plea Agreement

Often people who are charged with an offense such as DUI reach a plea agreement to a reduced charge such as reckless driving. If you are wondering if you can have your DUI expunged after pleading guilty to reckless driving you should contact an attorney to discuss this possibility. The Virginia Supreme Court decided a similar issue in Dressner v. Commonwealth. An experienced expungement attorney can discuss how this case may apply to your specific facts and help you present an argument to the Circuit Court for your expungement.

If you have criminal charges that you would like to remove from your record call the attorneys of Henson Pachuta, PLLC today at 703-822-4701 for a free consultation.