If you are facing a Prince William Possession of Marijuana charge, call today

for a free consultation with a Virginia criminal attorney.

In Prince William County Virginia, even simple possession of marijuana carries a number of possible penalties including a fine, jail time, and a drivers license suspension.  Regardless of the punishment the court imposes, having a criminal conviction for possession of any drug, including marijuana, can be detrimental or even act as an absolute bar to certain types of employment.  There are a number of issues that may arise in a possession of marijuana case of which your attorney should be aware. 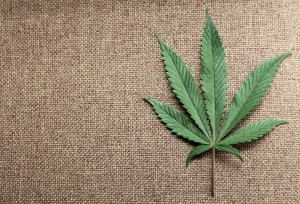 If a defendant has not previously been convicted for possession or distribution of marijuana or any other controlled drug, he may be eligible under the first offender program to receive a deferred disposition of his case.  In such instances, if the court determines that there are facts sufficient for a finding of guilt, it may defer the proceedings and place the defendant on probation.  If the defendant can successfully complete the terms of the probation the court will ultimately dismiss the possession of marijuana charge. There are a number of issues with the first offender program that can be problematic, are counter intuitive, and about which one should consult an attorney.  First, for non-citizens a successful completion of the first offender program will none the less be considered a 'conviction' for the purposes of immigration if the court finds that there are facts sufficient for a finding of guilt.  Second, while a successful completion of program will result in a dismissal of the charge, the record of that dismissal can not be expunged.  Thus, the charge and disposition of the case will appear on a criminal background check and may hamper one's future employment opportunity or security clearance.

In Prince William and elsewhere in Virginia, one can be convicted of marijuana possession even if the marijuana was not found directly on his or her person.  This is called "constructive," rather than actual, possession.  To convict a defendant for constructive possession of marijuana, the Commonwealth must prove beyond a reasonable doubt that:

In Fairfax, to convict someone for marijuana possession, the Commonwealth must prove that the substance in question was actually marijuana.  This requires evidence and testimony to that effect.  In the case of marijuana, officers are permitted to perform a "field test" of the alleged marijuana.  The results of this test are admissible as evidence in trial if the arresting officer can show that he used an approved test kit and is able to testify regarding the results of the test. The marijuana field tests are not perfect, and may erroneously give false positive readings.  To protect against this possibility, the defendant has a right to request a full laboratory analysis of any alleged marijuana to be performed by the Department of Forensic Science.

The Commonwealth is required to give the defendant notice of this right if it intends to use the field test results as evidence in court.  If the Commonwealth fails to give such notice, the field test results will be inadmissible as evidence in court.   Every case is different, and it is important that you  consult with an attorney before deciding what course of action to take in your possession of marijuana charge in Prince William County.

The lawyers at Henson Pachuta offer free consultations and are available by phone at 703-822-4701.